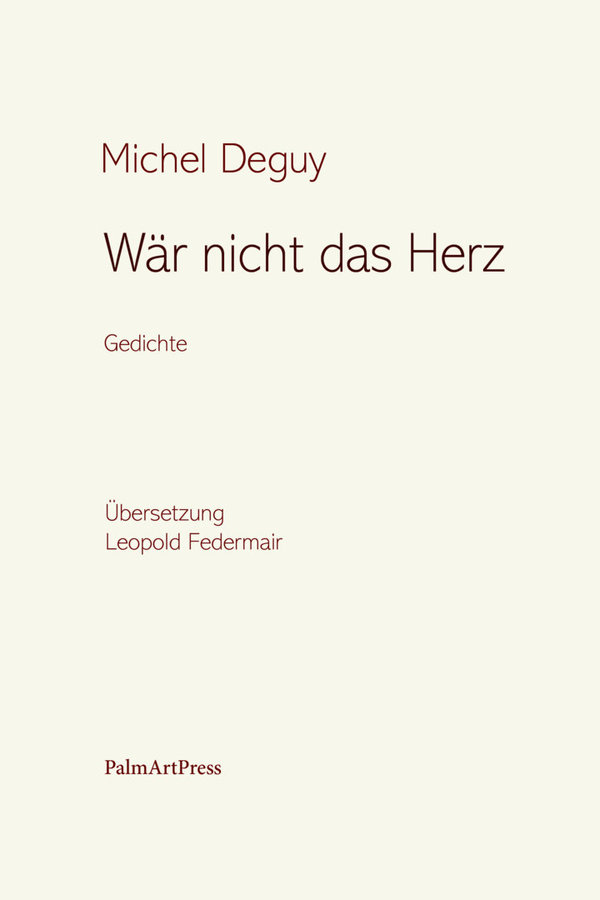 Wär nicht das Herz, published in Paris in 2011, is a cycle that - as the Italian poet Andrea Zanzotto wrote of Deguy's poetry - touches on the unspeakable and, in a roundabout way, with sidelong glances, nevertheless puts it into the work. Over the years, a specific issue has moved to the center of Deguy's work, a concern for the continued existence and habitability of planet Earth, which he addresses in his poems and prose pieces with great sensitivity for animals and plants and for those interrelationships that transcend the human. Wär nicht das Herz can exemplify this extensive and dazzlingly ambiguous body of work. It combines extremely complex, allusive texts with very simple poems in which language suddenly appears reduced to the essential. In 2008, a selection of Deguy's work was published under the title Gegebend in a translation by Leopold Federmair. Wär nicht das Herz is the first volume to be fully translated into German.