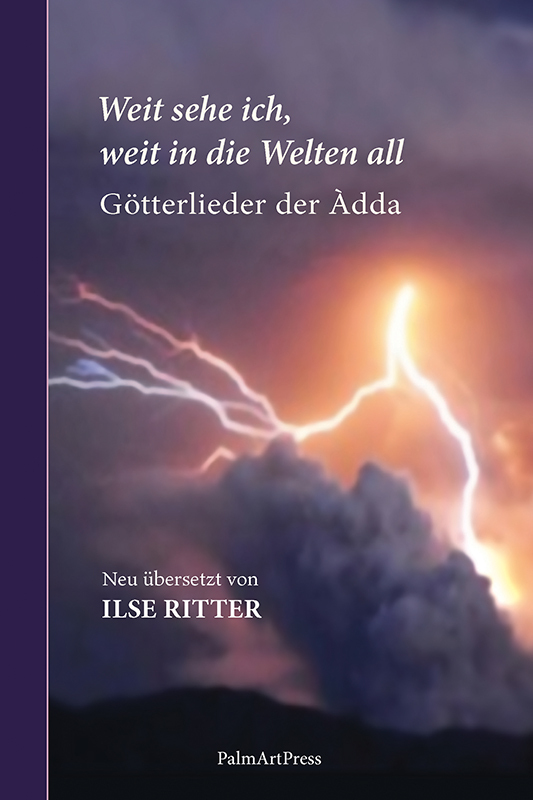 Ilse Ritter retranslated nine selected songs of the gods and discovered a mythical-poetic view of the world in the texts of the Northern European seers. Dreams and language are primal creative forces. The energy of light, the forces of nature and finally language lead man to the source of creation. The tree of life Ygdrsiln is a symbol for growth, blossoming, unfolding, fruit and seeds – the cycle of life. The language of the poets is the "bridge of love" between the forms and their spiritual counterparts, language itself, in the spirit of poetology, an act of creation.

It is the light of creation (love, reason, faith) that creates the fragile artistic balance of nature. It loses the fight against the dark: greed, lie, hate (for the time being!). Here the greed for gold is described for the first time as an abyss, an aberration that brought disaster into the world and devastates our living environment. In the following, the "Vjöl-uspa" is a description of frightening natural catastrophes of enormous dimensions: volcanic eruptions, earthquakes and seaquakes, flooding of whole countries, darkness of the sun, earth and the stars.

Creation reminds man that he is a part of the creative cosmos and not the ruler of nature.